Base FM leading ladies are taking over our January Sunday Session and we can’t wait!
Yannika Tavai co-host of base breakfast show and queen bee herself Jasmin Jazz Ziedan

Expect a good dose of Hip Hop, Soul, Funk and Rn’B and of course those warm smiles

Playing in the courtyard from 3-6pm – family friendly and free 🙂

In this modern age of music, genres blend together as naturally as the river flows into the sea.
With the expansive library of all the music of the world from every time period at our fingertips, creative artists seem to be more and more liberated from the archaic mentality of being pigeonholed into one genre or demographic.

Mike Love is at the forefront of this movement. With a foundation rooted in the spirituality and message-based music of Reggae and Rastafari, he blends the sounds of progressive and classic rock, pop, R & B, soul, blues, flamenco, jazz and so much more. Healing is at the core of his music.
With ever-evolving live performances, Love keeps his organically grown fanbase returning again and again to witness the evolution of tried and true fan favourites. With an ever-expanding repertoire of new music that is constantly surfacing. Fans often leave live performances remarking about how they have just been to church, or had a bad day turned around. 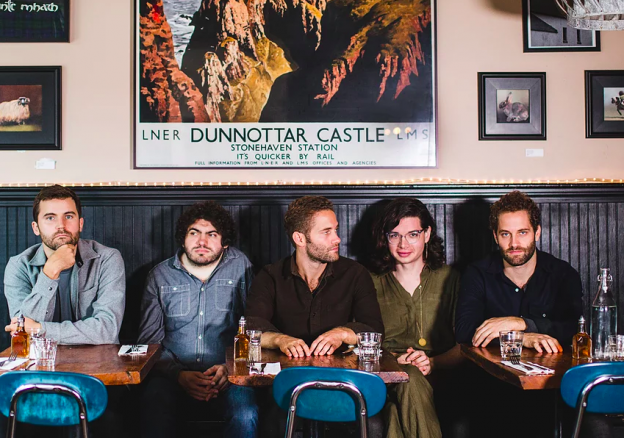 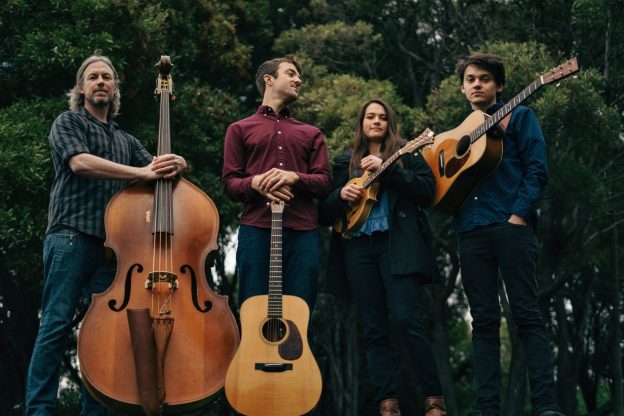 Amsterdam-based Dutch-NZ trio MY BABY have announced a 10-date New Zealand tour to celebrate the release of their new live album out now.

With a formidable reputation as a live act, MY BABY’s roots-driven hypnotic dance music has taken the world by storm.
MY BABY’s sound is informed by gospel and blues with ancient folk melodies. Added to that is the rawness of 70s funk, African desert blues, Moroccan gnawa, Indian raga and a touch of EDM. It’s all live instrumentation without a computer or sample in sight!

The band, made up of New Zealander Daniel ‘Da Freez’ Johnson (guitar); Joost Sheik van Dijck (drums / vocals) and Cato van Dijck (lead singer and guitar), has been spreading their psychedelic blues-trance rave to the approval of audiences worldwide since 2012. They’ve played at some of the world’s biggest festivals, including Glastonbury, Isle of Wight, Sziget, Fusion and Exit.

MY BABY’s return marks the band’s fifth tour of New Zealand, where they have built up a dedicated and loyal fanbase. It was a reputation further reinforced when they performed at WOMAD 2018 to rave reviews.

“With their blend of dance-orientated roots, blues and funk with touches of world music they come across as a confident well-oiled machine that is obviously the product of constant touring” – RNZ

Mind-blowing San Diego garage funk leviathan The Schizophonics are back with a hot new album (‘People in the Sky’) and a massive tour of some loveLeigh 🙂 Aotearoa venues.

It’s like… So… Ok, imagine the MC5 went to a bowling club and ended up going head to head with The Meters but then it ended in a draw and they all went dancing. Or James Brown went shopping but the shoes he bought were too small so he gave them to ol’ mate Jimi Hendrix who was so chuffed he bought them both tickets to a Stooges concert. Imagine that but louder and you’ve got The Schizophonics. All gyrating, all groovin’, all rock ‘n’ roll!

Summer 2020 sees Tattletale Saints return home to celebrate the release of their new album, Dancing Under the Dogwoods, out on January 24th.

Their musicianship, while always masterful, feels relaxed on this offering, as though they no longer have to prove themselves. It is clear that Winstanley and McGowan have spent years working towards the creation of music that is organic, honest and effervescent, and with Dancing Under the Dogwoods, Tattletale Saints truly are here at last.

Love grown music comes to life summer 2020 with White Chapel Jak. Thrilled to announce their “Summer Vibes Tour”, this high energy acoustic Kiwiana band will have you groovin’ and vibin’ with their fresh and funky approach to songs you all know and love.

Hot off the back of a sold out debut “MusicLife Tour” crowd favorites White Chapel Jak are over the moon to play at SoundSplash 2020, headline at SeePort Festival with the Auckland Symphony Orchestra and play the Fritter Festival Whangarei alongside Katchafire (MAR20). Winners of the RNZ Battle of the Covers Band and Outstanding Entertainment at the Wedding Industry Awards they are renown for capturing and delighting audiences all over New Zealand.

They genuinely love performing and every moment of their journey and dynamic shows reflect this. With a stage that lights up with musical wizardry, laughter and love, it’s easy to see why audiences of every age fall for them wholeheartedly, their music and their story.

Check out their epic performance at the SeePort Festival with the Auckland Symphony Orchestra earlier this year, where in front of 15,000 people they bought the house down with their version of Another Brick in the Wall by Pink Floyd.

Carnivorous Plant Society, led by Finn Scholes – with the talents of Alistair Deverick, Alex Freer, Tam Scholes, Siobhanne Thompson and Cass Mitchell – tell stories both through music and with custom-made

animated projections guaranteed to melt your mind in the most pleasurable way.
We are so looking forward to them loading the Mill with beautiful instruments and beastly animations! An annual event on the fishing calendar since 2003, the event goes from strength to strength.  Thanks to the participation of wonderful sponsors and generous participants on the day over $350,000 has been raised for the rescue helicopter and other local causes over this time.

Every adult ticket holder is in with a chance to win the amazing Marco Yamaha boat package.

A night of electronic debauchery at the mill.

Come send off summer with some of the best DJ’s in our fine land. Featuring 𝙁𝙖𝙞𝙧𝙗𝙧𝙤𝙩𝙝𝙚𝙧r, The CHEFF, Introuble_nz, and Digby & Dumbell.

Get down with FairBrother, a break through Drum and Bass artist from Christchurch. Fresh off performing at festivals like Rhythm and Vines and Soundsplash, Fairborther is known for a unique, playful style that always keeps you on your toes.

With support from The Cheff, Introuble, Digby and Dumbell, plus a great production set up